The city with
the blazing tones

Noto is located on a plateau that dominates the Asinaro valley. During your stay at the Caiammari Boutique Hotel, don’t miss out on the chance to visit it and admire its shimmering beauty. It has been called the Capital of the Baroque since 2002 with its historic centre declared a World Heritage Site by UNESCO.

The name, given by the Arabs, pays homage to the beauty and importance of the city. Apart from the indubitable architectural interest, Noto will win you over with its traditions. An essential stop in this part of Sicily, it will immediately amaze you with its unusual town layout. After the earthquake in the XVII century, the city was built in a geologically safer area and reconstruction was entrusted to the most talented artists of the time who devised perspectives to create a city with a harmonious shape and scenery and with an interesting feature, the roads are always bathed in sunlight. For sure, your memories of this city will be full of light!

A local limestone with a very bright colour between gold and pink was used for the construction of most of the buildings. This took on brilliant hues tending towards pink over time because of the atmospheric agents and this now defines the visual identity of the city. Walking along the ancient roads you will discover a wealth of interesting architecture including noble palaces, convents, bridges and churches. One of the churches of major interest is the church of Saint Francis [San Francesco] near the elegant monastery of Saint Saviour [San Salvatore] with its magnificent tower and belvedere, where you can also see the cloistered convent of Saint Claire [Santa Chiara]. The Cathedral Basilica of Saint Nicholas [Basilica Cattedrale di San Nicolò] and the Church of the Holy Crucifix [Chiesa del Santissimo Crocifisso] are worthwhile visiting as are the Palazzo Ducezio and the Tina Di Lorenzo Theatre, called the mini La Scala of Milan.

In general, baroque is an extremely scenic artistic style but that of Noto is a unique example. The architects that designed this city chose not to emphasise the rich decorations typical of this style, but created a richer and more ambitious design. They tried to express baroque through shapes, creating elaborate and thus atypical architecture such as the shape of some facades. The church of San Carlo Borromeo has a concave facade and that of the tower with the seminary belfry is curvilinear. These interesting and suggestive shapes will enthral you as you walk through the city.

The Noto flower show is an important event during which the city becomes an enormous colourful garden thanks to the talented artists that fill the city with spectacular patterns that are a true hymn to nature and a feast of colours. The flower show is one of the best-known events in all of Sicily and is also considered one of the most magnificent. It is held on the third Sunday of May and attracts hundreds of visitors from all parts of Sicily and beyond every year. An opportunity to discover an even more fascinating Noto thanks to these colourful and magical backdrops. 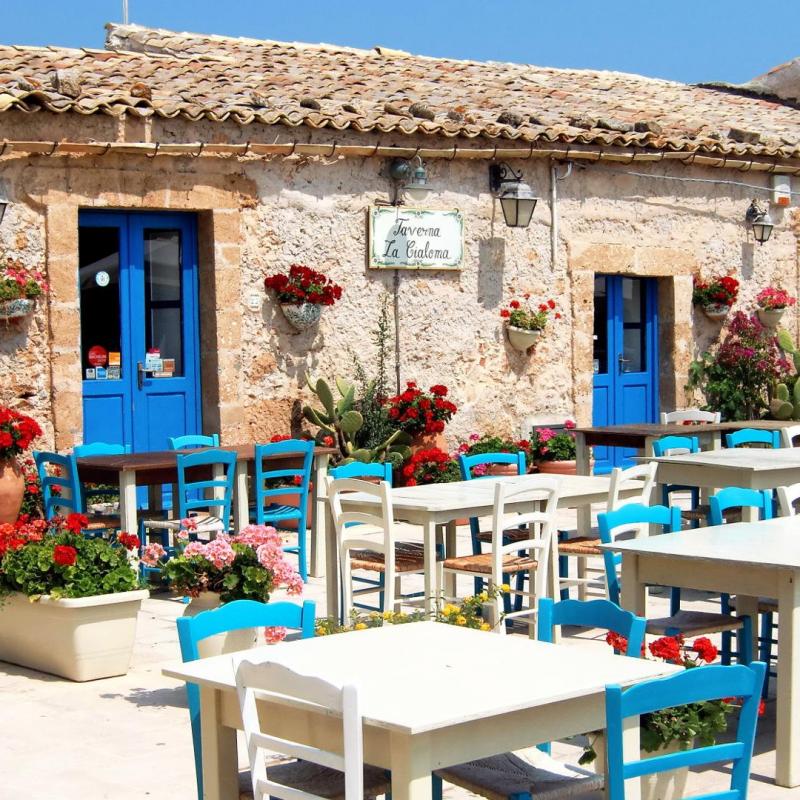 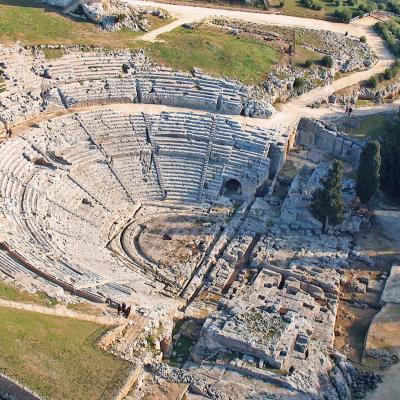 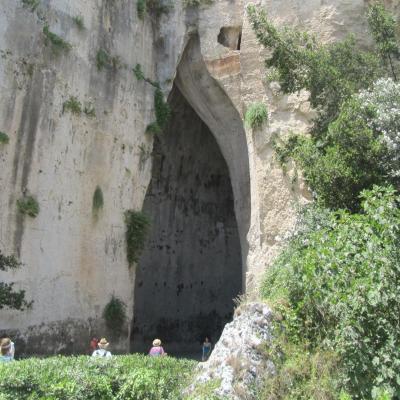 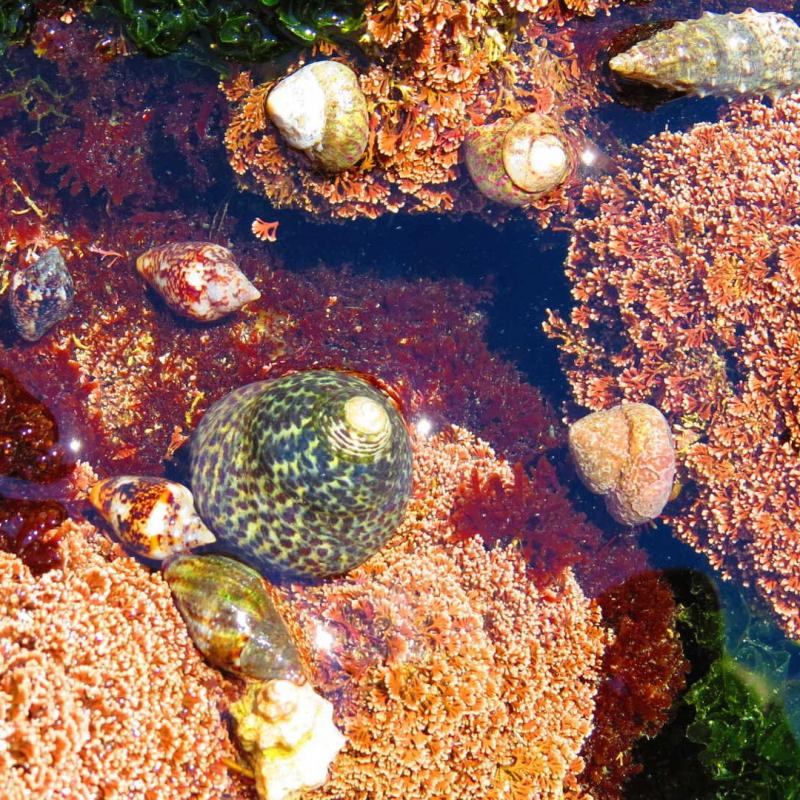 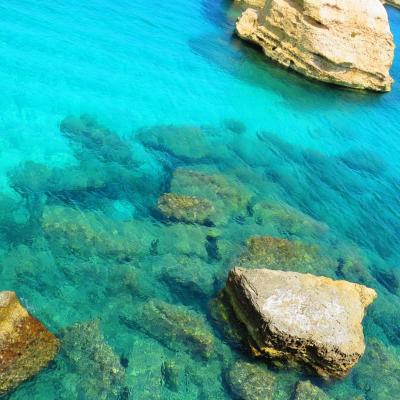 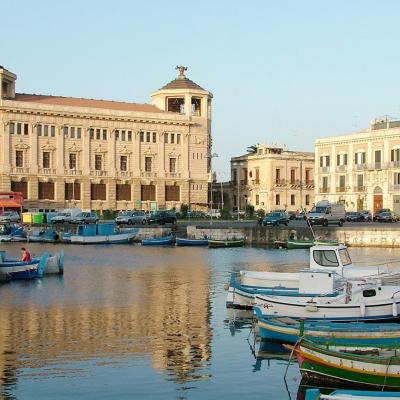 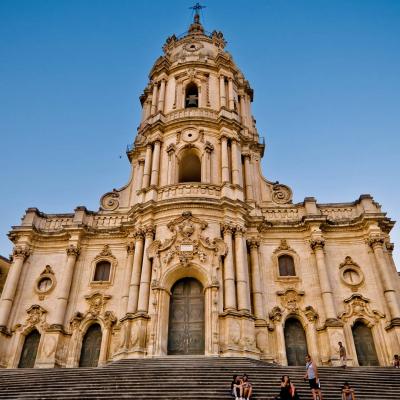 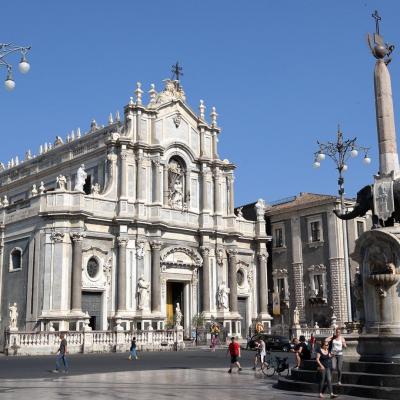 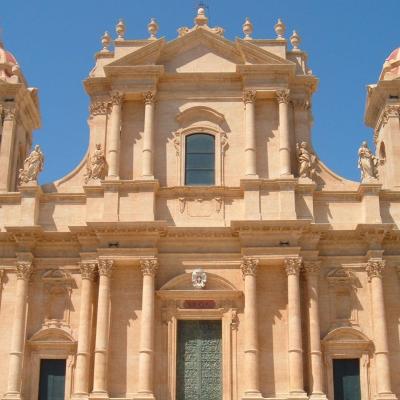